Ronin Pentest uses cookies to ensure the best experience for our apps and services. 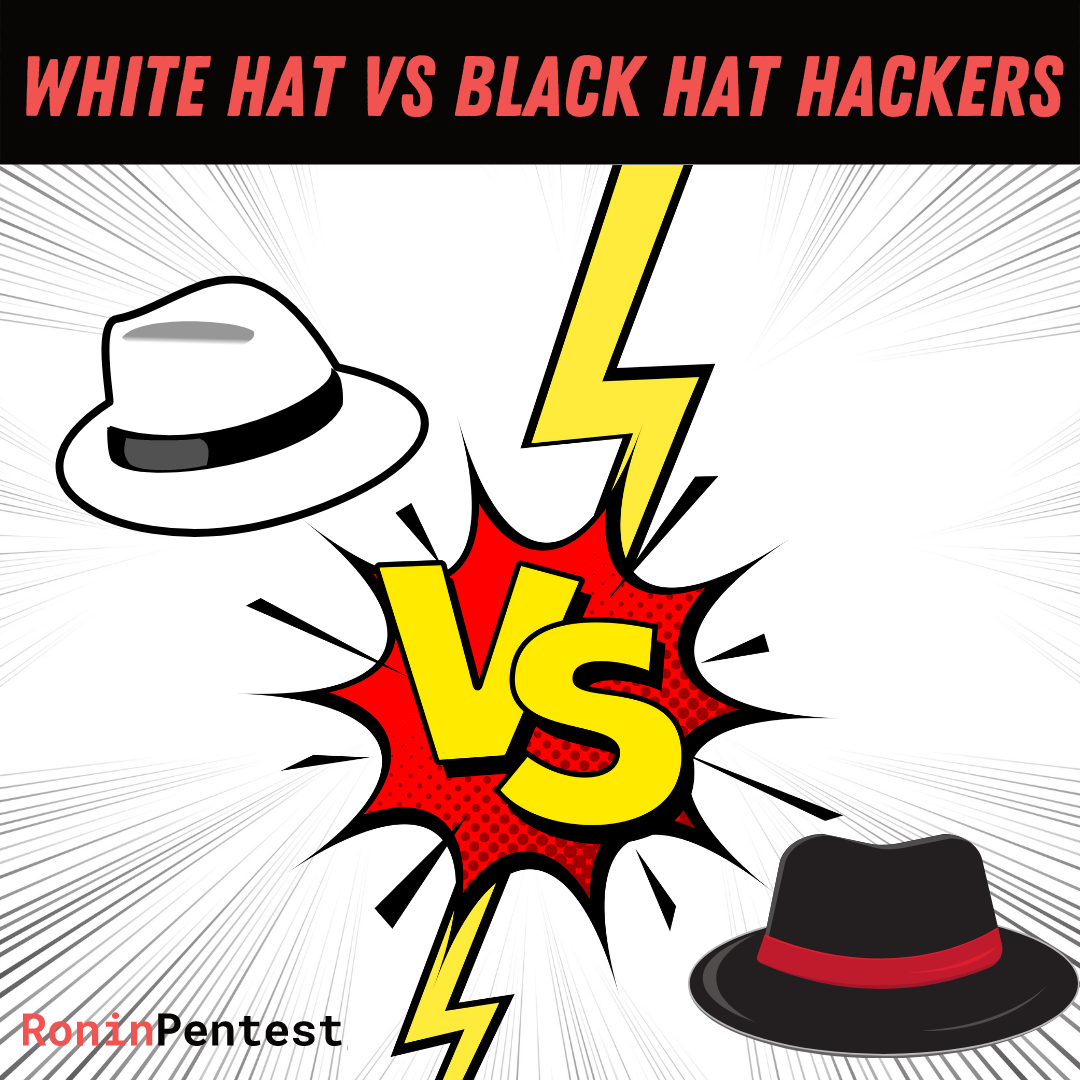 White hat vs black hat hacker. We often hear these two terms being thrown around, but what do they actually mean, and how do they differ? It’s really important that business owners know the difference – basically, it comes down to the fact that one could save your business from a cyber-attack and, the other is intent on destroying it! ‘White hat’ hackers are ethical, cyber security specialists who use their skills for the greater good; helping companies to protect themselves from malicious hackers. ‘Black hat’ hackers, on the other hand, only use their skills for malicious purposes and personal gain. Let’s take a closer look at the two …

So, let’s be clear, a ‘white hat’ hacker is always focused on protecting the company they are attacking. They have permission from the company to attack and do so by assuming the perspective of a would-be hacker. They try to breach the company’s defences with the aim of finding vulnerabilities and weaknesses. When the ethical hack is complete, they report back to the company, advising of fixes before they fall victim to a REAL cyber-attack.

Code of Conduct for ‘White Hat’ Hackers. To engage in legal hacking, ethical hackers must follow strict regulations and ethical codes of practice. A competent 'ethical hacker' is well-versed in their role and adheres to all ethical hacking standards.

White hat vs black hat hackers couldn’t be more different. Malicious ‘black hat’ hackers don’t have an ounce of remorse, their sole purpose being to cause as much destruction as possible. Their focus is often one of financial gain, but bringing down websites and networks, or planting malware to cause maximum distress is also a favoured ‘black hat’ outcome.

Any target can be hacked with motivation, resources, and skills, and an open door within a company’s systems. For most attackers, it’s a numbers game, they’re looking for quick wins; they get in, grab the prize, and move on to the next target. Malicious hacking is all about attention to detail, and some of the most satisfying hacks, from an attacker’s perspective, come from chaining together a list of low-risk vulnerabilities to achieve a big result. A business without robust cyber security measures in place is begging a ‘black hat’ hacker to attack.

Malicious hackers grind through the process of reconnaissance, enumeration and probing until they get lucky. Their code of conduct? There isn’t one. Their purpose is to cause as much damage and disruption as possible.

The need to get your business protected can’t be underestimated!

When you are the defender, you must be right all the time. As an attacker, you only have to be right once! Just find that one chink in the armour and you’re in. If you don’t control the enemy, they will control you. That’s why it’s crucial for your business to have stringent cyber security measures in place and know the difference between a white hat vs black hat hacker. Contact our experienced team today and let us help keep your business protected from future cyber-attacks.

Start scanning your projects for free. You will get a free breakdown of your security status. Start securing your future now.